This production opens with an elegantly-arranged wall of nine hanging portrait frames, each one either empty or housing a puppet figure. One frame stands out quite clearly as the centrepiece. Chopin is playing, and the music is also well-suited to the artistic setting; fine living, fine art and a fine time is to be had, it seems.

And this interpretation of Oscar Wilde's famous story is focussed on that fine living, and how it leads to human seduction. Dorian's tale unfolds to reveal how bad decisions and bad influences lead him into a foolish bargain – trading ultimate happiness for shallow pleasures.

The three-member cast use those framed puppets to fill in minor roles, but the central characters are played by humans. Dorian himself is played by Laura Darrall – a great gender-blind casting decision. At the beginning Dorian is beautiful, adorable, well-behaved and completely innocent; it is his very perfection that is the primary bad influence in his life. Instead of being seeds of happiness, his virtues are sown as the seeds of his dark side.

From their first meeting, the young Dorian is enchanted by the clever and playful antics of an older man, Lord Henry. Charismatic and powerful, Lord Henry is played by Noel Byrne, who admirably demonstrates both his acting versatility and natural authority throughout the play. He anchors the production, drawing the whole performance along at a well-judged pace and timbre.

Dorian learns the skills of seduction from the outrageous Lord Henry, and captures the heart of a wonderful and innocent actress called Sybil (played by a puppet). Dorian is himself seduced by Sybil's acting prowess and insists on bringing his friends to see her perform – but it doesn't go as expected, and so Dorian's slide begins. Some visually striking moments powerfully evoke the ugliness hidden in the portrait, in contrast to the surface beauty in Dorian's life.

This is Oscar Wilde's only novel; it also happens to be a popular staple for stage adaptation, and with this distinctive adaptation Box Tale Soup have done it proud. The whole production hangs together like a well framed portrait, a joy to behold. 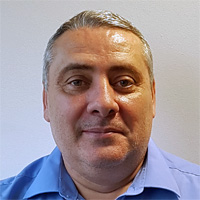