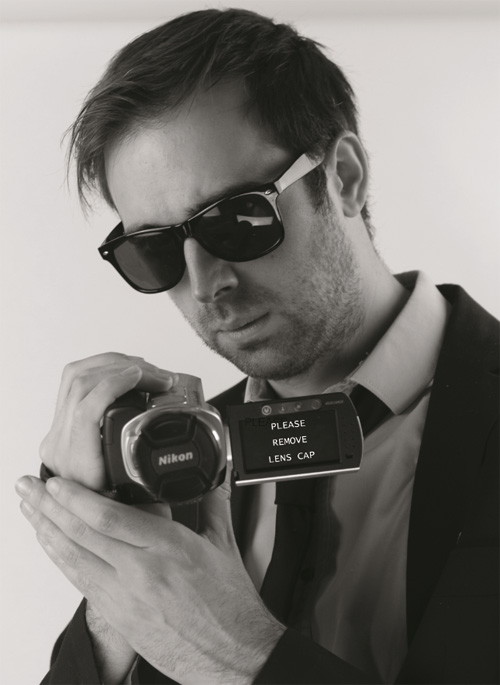 Join film buff and childhood auteur Richard Soames, as a he makes a movie in just one hour from inside what looks suspiciously like a shipping a container. It may not be a Hollywood studio, but the result is a thoroughly imaginative show which keeps the pace high from start to finish.

This show is part a film-studies crash course, and part a nostalgic appreciation of home videos – such as Snakes in a Car, which he made with his brother, who doubles up as his creative partner. It's a lot to cram into the time available, but somehow it all fits in nicely and along the way there's a good few clips from Soames's teenage oeuvre too.

With the help of a camera on a tripod, the all-important ingredient of some Playmobil figures and a few game members of the audience, production begins. A lead is cast, a title chosen, and someone even gets the chance to work as in-house foley artist to make some creaking-stairs sound effects. We're told the film we're making is rated PG (for "Pure Genius") and while it's not quite suitable for young children, in the scheme of the Fringe it sits at the more family-friendly end of things.

Soames's enthusiasm is infectious, and his youthful recreation of The Matrix in particular earns plenty of laughs – not that there's ever a long wait for something to make the audience burst into giggles. The show has a winning playfulness to it, yet it couldn't have been made without the performer's genuine devotion to the subject matter. At its heart it's a massive celebration of geeky devotion to the big screen (and it's only fair to warn you that if you won't enjoy learning about the finer details of film production, then it may not be the one for you).

Clearly there's a limit to what can be achieved in 60 minutes – Soames just about pulls off the premise, but the final creation is no Casablanca – but on the day I attended, the audience clearly loved it. More than 20 years in the making and with an endearing heart to it, this show will have you laughing… at the audience participation, the Jean-Claude Van Damme references, and of course the do-it-yourself film making.

This review of a show at the Edinburgh Fringe 2018 was published on Monday 6 August.