“Make sure you bring a warm coat” was the direction given by the Assembly box office staff at Murrayfield Ice Rink when I contacted them about collecting a ticket to see Vertical Influences. Having not set foot in an ice rink since my teenage years, I’d forgotten how both how cavernous they are and how cold they get. But I was glad to have made the trip out to Murrayfield to see Le Patin Libre, a five-person group of contemporary skaters from Montreal.

This is not your average ice skating production: sequins and Lycra are notable by their absence. I would liken it more to an excellently choreographed contemporary dance production than anything you might see at the Olympics. The skating is top notch, as the ex-high-level figure skaters have an extreme level of precision and accuracy which is a delight to behold. I definitely got the impression that they were able to make challenging skating look easy.

This was a production in two halves – the first being ‘Influences’. The audience is seated in the bleachers, above the ice, with the traditional audience / performer separation. The Patin Libre website describes this as exploring “inter-human relations between the individual and their group”. While this was not immediately apparent to me, I found the physical nature of action / reaction viewed from this vantage point fascinating. In particular, the transfer of momentum from one skater to another appealed to my inner physics geek; imagine one skater moving quickly towards another, briefly holding onto her, and sending her gliding off on her own arc across the ice like a stone released from a slingshot.

A 15-minute intermission allowed for a brief respite from the cold in the on-site café, before returning to see ‘Vertical’, the second half, where the audience is seated on the ice. From chairs, stools or even cushions, the audience’s seating looked vertically onto the length of the rink. This allowed for some dramatic effects, with the skaters even more impressive as they towered over the audience, or sprayed them with a light shower of ice after a dramatic stop near the seating. It felt much more immersive than a typical dance production – thanks to the cold, the visual spectacle of the artists, the rhythmic sound of their skates on the ice, and the sensation from the rush of air as the skaters zoomed past.

While they were often employed to good advantage, I occasionally found the music and lighting annoying, and a distraction from the amazing ice skating and choreography.

Despite the necessary cold of the venue, I left with a warm feeling about Vertical Influences. The Canadians’ humanity and humour shone through in this immersive production of top quality contemporary skating. I would wholeheartedly recommend it, but, at the risk of sounding like your mother, do remember to wrap up warm.

This review of a show at the Edinburgh Fringe 2018 was published on Wednesday 15 August. 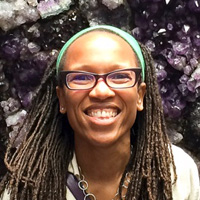