Intrepid Ensemble’s Jellyfish melds puppetry, storytelling, and theatre into an hour-long exploration of family, friendship, and hidden hardship – all told through the eyes of an eight-year old boy and his giant, glowing cnidarian friend. With colourful exposition, original music and a lot of cardboard boxes, the troupe succeeds in crafting both an engaging narrative tale and a poignant think-piece, a treat for young and old alike.

Tom and his parents have just moved into a new house by the beach in Wales. Dad’s a children’s author, Mum’s a marine biologist: both are Tom’s heroes. But Dad’s not writing as many stories as he used to, and happy endings even less.

Underneath the playful tale of youthful adventure, this is a story about coping with the fallibility of our idols at an age when we haven’t quite realised they’re breakable. Or, on the converse of the same prism of youth, it’s a story of struggling to remain that hero. Jellyfish confronts these challenging questions without bleakness, weaving the themes in as vital threads to a heartfelt tale of escapism and companionship.

This is a very well-constructed piece, fitting together beautifully as a complete artwork – with layers of subtle elements working in harmony. The lighting and sound design is absorbing, and adds a mystical vibe that reflects the escapism of the main character’s perspective. The charming puppetry succeeds in its use of found materials, legitimised by the setting of a half-moved house, filled with boxes, ready to be animated as any eight-year-old would. The original music is simple and restrained, ably buoyed by the delicate vocal performance of Megan Burke as Mum. But it’s physical actor Alexander Luttley who steals the show with his fabulously dynamic multi-character performances, and his puppeteering of the eponymous sea creature is genuinely endearing.

The show succeeds in highlighting its chosen issues, though – without wanting to give too much away – I wasn’t quite sold by the story’s resolution, which seemed to duck out of really confronting its climax. Perhaps a lack of true closure is fitting for the subject matter though, and it’s not a point that would mar the experience for a younger audience, who are unlikely to be overanalysing the production.

If some of the messages go unnoticed by young observers, they certainly won’t be disappointed by an hour or so of bright, imaginative puppetry and storytelling – and will take great delight in their new tentacled friend. But the show provides an ample springboard for any accompanying grown-ups to introduce and discuss its content with children once they’re out of the door.

This is also one of those kids’ shows which should be seen by adults – not just the ones with family in tow, but also those less accustomed to seeing things through a child’s eyes. The viewpoint guides a real appreciation for the play’s central topics. Jellyfish is a gently profound piece of visual storytelling, and can be a truly touching, meaningful experience if you let it. 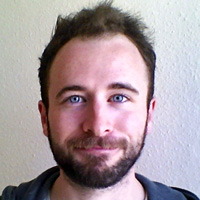